Resolving Conflict After A Divorce Is Final 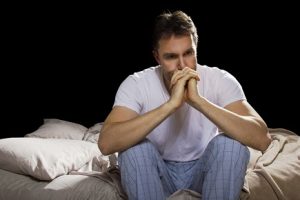 Most people who go through the divorce process feel a sense of finality once the divorce papers have been finalized. Very often, the divorcing couple can feel secure in the finality of their divorce–they have crossed all the T’s and dotted all the I’s, and in the vast majority of cases, divorce mediation has helped them feel much better about their decision to part ways. There are times, however, when issues arise after the ink has dried on the divorce papers, and the divorced couple needs the help of a mediator once again. AMS Mediation proudly offers Post-Decree Mediation.

What Is Post-Decree Mediation?

How You Resolve Conflict After Your Divorce Is Final

Resolving issues that arise after the divorce decree has been issued can create stress that the divorced couple thought had been placed behind them. If the individuals decide to hire counsel to help them through the post-decree conflicts they experience, it is all but certain that stress will increase. But seeking help from a divorce mediator for post-decree mediation offers the same reduction of stress that going through the divorce process offers. AMS Mediation takes the same collaborative, cooperative approach to post-decree mediation as we do to the processes associated with mediated divorce.

If you and your former spouse have identified issues that require attention after the finalizing of your divorce, AMS Mediation can provide the kind of post-decree mediation that you need. The cost of working with a divorce mediator also tends to be significantly less than working with an attorney and the resolution can come much faster as well. For more information, call AMS Mediation at 952.252.1492.

The safety of clients, ourselves, and colleagues is our top priority while we remain available to assist you as you navigate the new and uncharted territory caused by the coronavirus pandemic.

While providing virtual ADR services was not part of our plan, we have made the necessary accommodations to ensure we can continue to serve our clients during these unsettling times. All services are currently available through virtually. We are using Zoom for videoconferencing. We suggest that you download this app to your phone or the program to your computer at https://zoom.us/download.

We have resumed limited in-person services for sessions with 1 or 2 participants scheduled for a maximum of 2 hours. Masks are required in our building and in session. Availability is subject to change based on local regulations and CDC guidelines.

Our office hours remain the same and we remain available by phone and email. The main office number is 952.252.1492. Gabe can be reached via email at gabe@amsmediationplus.com.

We offer free 1-hour divorce consultations via Zoom. Potential PC and PTE clients are invited to schedule a free 15-minute phone call. Please call 952.252.1492 to set up an appointment. We are here to help!

Thank you for your patience and understanding as we all continue to adapt to these rapidly changing and chaotic times. Stay strong, stay resilient, and stay healthy!

You have Successfully Subscribed!